We are specialized in all the Halocarbon alternative, and we are an International Halocarbon Bank with all worldwide approvals and certifications.

Gielle has taken an innovative role in decreasing the emission of ozone-depleting and global warming substances, through the establishment of our comprehensive Halocarbon Bank Management Program. 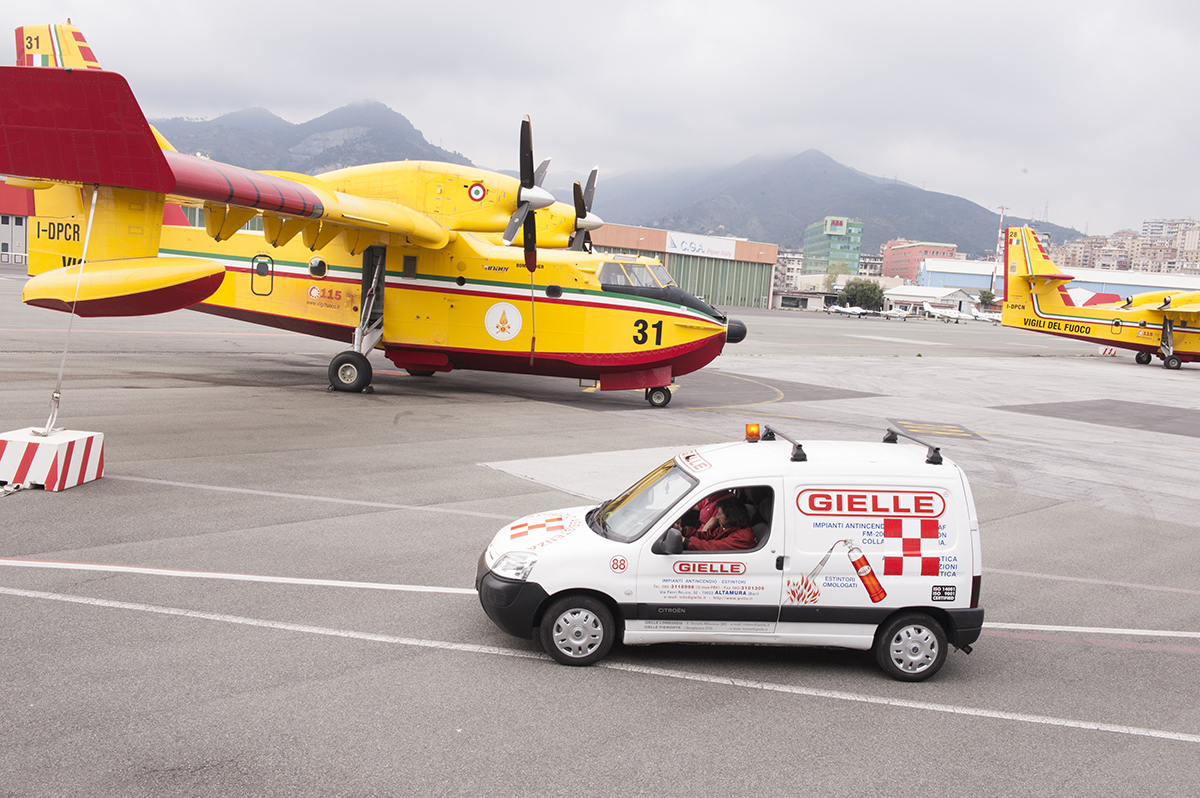 We want to provide our customers and clients with an opportunity not only to buy and sell Halon if they are considered a critical user, but also to explore acceptable clean agent alternatives.

The production of Halon has been prohibited since January 1994 in answer to the Montreal Protocol. Although the Halon systems installed before this date have not yet been prohibited in Europe, some countries have introduced laws that foresee their complete removal.
Gielle, world specialist in techniques of fire prevention protection, has developed a Halon Management Service which, dealing with these problems, aims to help users during the phase of their passage from Halon to an alternative agent and in the efficacious management of the existing resources.

Gielle is authorised to handle Halon. The company staff is formed in teams of specialised engineers qualified in the dismantling of Halon systems. The teams remove the full containers, the pipes and the equipment and issue a Certificate of Waste Transfer.

Alternatively, the Gielle engineers can convert, when possible, Halon systems into systems that use alternative agents.

Gielle also dismantles Halon extinguishers free of charge. The company collects the extinguishers from the clients’ locations and recycles or disposes of the gas in complete safety.

The Halon recovered is passed through a filtration system that removes the impurities and returns the gas to its original chemical formula. This process is carefully monitored by Gielle’s expert engineers and the final product is tested by an independent laboratory in conformity with ISO standards and U.S. military laws.

The recycled Halon is transferred in collection cylinders designed for this purpose by Gielle. The cylinders are deposited in Gielle’s Halon Bank where they are constantly monitored to prevent any losses.

Gielle can supply Halon to those clients who wish to reload their systems adapted to Halon, and offers a prompt intervention service 24 hours a day for any emergencies.

All fluorinated gases CFCs, HCFCs and HFCs cannot be discharged into the atmosphere, but must be collected and recovered to be sent for disposal or regeneration as special and hazardous waste (to which the CER code 140601 * is attributed).

Companies authorized by the Ministry of the Environment and therefore registered in the National Register of Environmental Managers can operate for disposal. Gielle offers a collection and disposal service for f-gas and hfc throughout the world.

In order to reduce the emissions of these fluorinated gases, the European Parliament and the Council have adopted specific regulations. On May 20, 2014, Regulation (EU) no. Was published in the Official Journal of the European Union. 517/2014 of the European Parliament and of the Council on fluorinated greenhouse gases. Entered into force on 9 June 2014, the Regulation applies from 1 January 2015. The European Regulations are implemented by the Member States through specific regulations, which also provide for significant penalties for non-compliance with obligations. (Presidential Decree No. 43 of January 27, 2012 and Legislative Decree No. 26 of March 05, 2013).

– collection of the waste in total safety at the location indicated by the customer
– correct gas disposal
– subsequent recovery and reclamation of the cylinder.

Main rules governing the marketing, use, management and disposal of substances that have a high impact on global warming (F-gas):

EUROPEAN REGULATION (EC) N.842 / 2006
has the objective of containing, preventing and reducing emissions of fluorinated greenhouse gases included in the Kyoto protocol;

REGULATION (EC) N.1494 / 2007
establishes the rules on the labeling of products containing F-gas;

REGULATION (EC) N.1497 / 2007
sets the requirements for the control of leaks for fire protection systems;

REGULATION (EC) N.1516 / 2007
establishes the requirements for the control of leaks for refrigeration, air conditioning and heat pump equipment;

Contact us
We use cookies to ensure that we give you the best experience on our website. If you continue to use this site we will assume that you agree with our cookie policy.OkRead more